How Long are Cats in Heat?

Cats stay in heat for around seven to fifteen days. This phase of mating starts when the cat reaches adulthood at the age of five to ten months. Here is all the information that you need to know about a cat's heat cycle, and how long it lasts.

Home / Uncategorized / How Long are Cats in Heat?

Cats stay in heat for around seven to fifteen days. This phase of mating starts when the cat reaches adulthood at the age of five to ten months. Here is all the information that you need to know about a cat’s heat cycle, and how long it lasts. 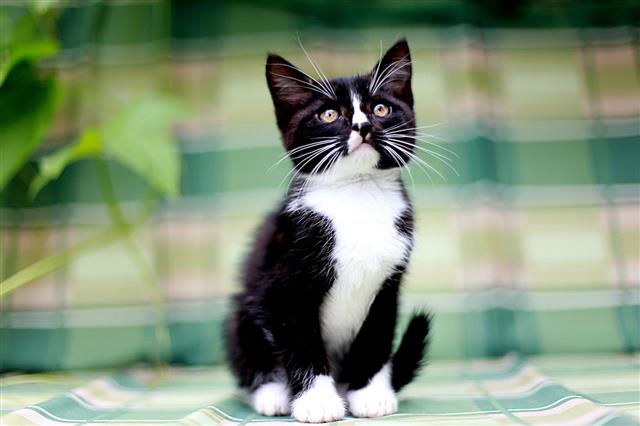 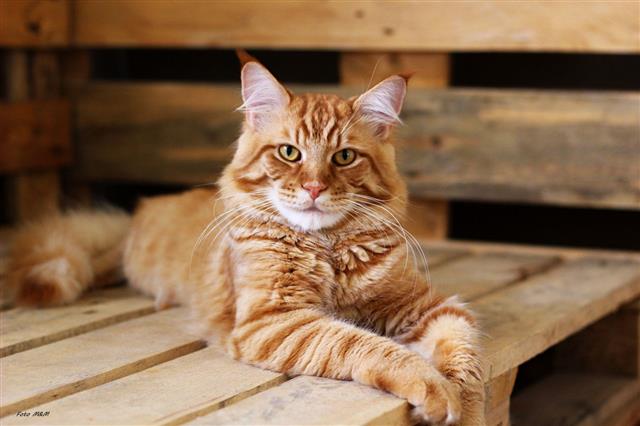 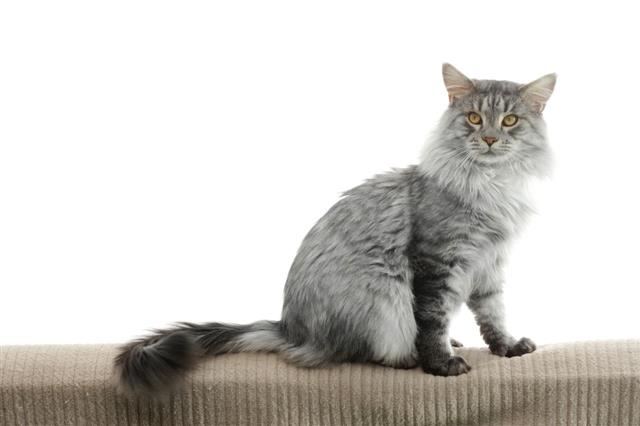 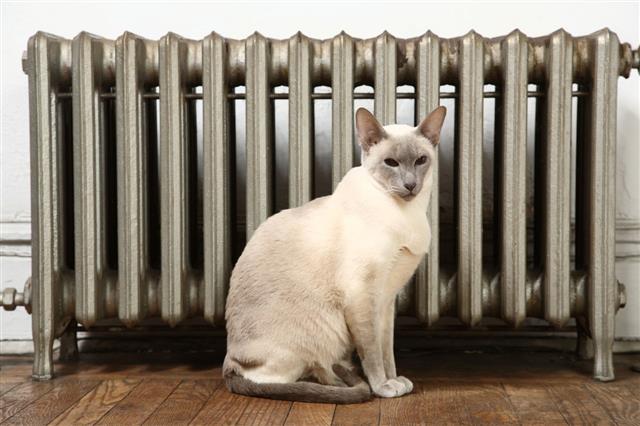 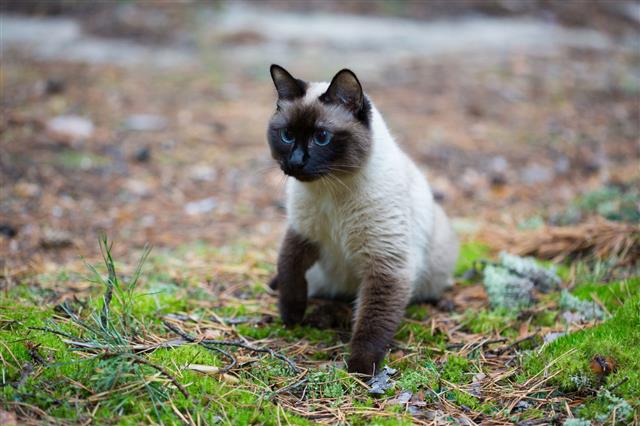 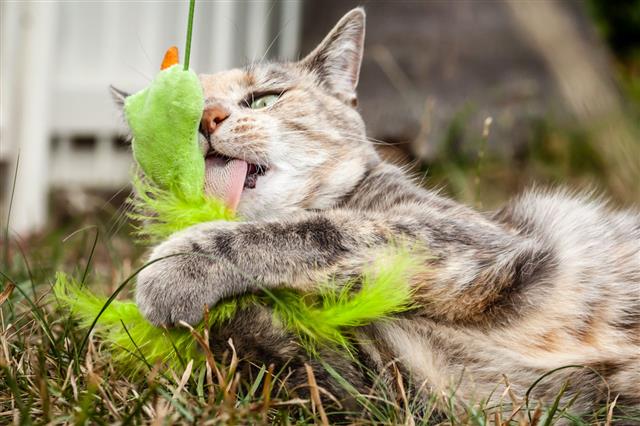 As a loving pet owner, you might be stupefied when you find your usually docile cat rolling around the floor and howling at top of its lungs. The first reaction to this unusual behavior is to call up your vet and complain that your beloved cat is having seizures, or even locking up the kitty in a room. This, however, would not solve the problem at hand, which is actually caused by your cat going into heat. Non-spayed female adult cats, also known as queens, go into heat or estrus when they reach adulthood.

Now the main question that arises is, for how long are female cats in heat? Here are all the related answers to this query.

Understanding the Heat Cycle in Cats
Starting from about five months till ten months of age, female cats mature sexually and have their first estrous cycle. The average age for a cat going into heat is when they are around 6 months old. This is the time during the reproductive cycle when the female cat is most fertile and is most likely to conceive.

The estrous or the heat cycle of a cat is preceded by proestrus (the period where males are attracted to non-receptive female cats), and followed by metestrus.

The inactive period between the cycles during the breeding season is known as diestrus, and the remainder of the year when the cat is not in heat is called anestrus.

How Long Does Heat Last in Cats?
A cat will stay in heat for about 7 to 15 days, if not mated successfully; normally falling in and out of heat cycles from January to August. This is because, cats are polyestrous breeders, which means that they have multiple heat cycles in a year, as compared to dogs that have just two heat cycles in a year.

Most female cats have 2 to 4 estrous periods every year. However, if she is bred, the heat cycle seldom lasts more than 4 days. It is important to note that cats are induced ovulators, that is, they ovulate only when they mate. If a cat has not mated and the ovulation does not occur, then its body goes into the inactive or the diestrus stage, which can last anywhere between one to three weeks, after which, it goes into heat again. In fact, it is possible for an unmated female to have a cycle every 3 to 4 weeks, indefinitely.

The pregnancy in a cat lasts for around sixty to sixty-two days. Unlike humans, cats can become pregnant all their lives, hence, these heat cycles also continue uninterrupted

When Are Cats in Heat?
Although the breeding season may last all year round, cats are more likely to mate during the warm months. This is because, cats are seasonal breeders, and are most likely to show signs of mating during the summer months when the nights are shorter than the day. This day and night cycle triggers a decrease in the production of a hormone called melatonin that is produced at night. Lower melatonin levels, in turn affect the hypothalamus that produces a reproductive hormone which moves through the cat’s bloodstream towards the ovaries.

Knowing if Your Cat is in Heat

As a pet owner, this is a doubt that would come first to your mind. Do not worry, as your cat will definitely let you know. During the estrus phase, a female cat in heat displays some distinct mating behavioral signs which can be amusing, and sometimes extremely tiring for a pet owner..

Caterwauling for the Mate
The loud vocalization of your cat that makes you want to put some earplugs on and keeps you awake all night is actually a call for the mate. The loud, plaintive tones, also known as ‘calling’, can range from loud yowls to ear-piercing crying at night.

Display of Affection
As a cat owner who is used to being snubbed every time, if you displayed some affectionate behavior towards the cat, you would be surprised with the sudden show of affection by your aloof cat. You would find her cuddling up to you, and purring and rubbing her neck and head against everyone around.

Restless and Rolling Around
A cat in heat can pose a challenge for even for the most patient cat owner. You would find your cat rolling around, and restlessly pacing the floor. Most of the time, you would find her a little too eager to run outdoors. She would lose her appetite and just refuse to have food for days. One tiring aspect of her behavior would be the frequent urination around the house, especially on the furniture. This is to attract the males with the smell.

Treading
The treading behavior in cats is a mating sign that is quite distinct. Keeping the tail to one side and the upper portion of the body down, the cat raises her hindquarters. With her hind legs, she then makes a back and forth treading motion. Your cat would also automatically assume this position when she is being petted.

Licking the Genitals
The genitals of a cat in heat are swollen and red. You can find the cat constantly licking this area. In certain cases, you might find some blood discharge from the genital area as well.

Apart from all these symptoms, you can also observe male cats teeming outside the house, trying to get to the queen in heat. If you do not want to get your pet pregnant, then it is best to keep her at home, despite her constant attempts to go out.

What to Do?
As a harassed and sleep-deprived owner with a normal intact cat in heat, there are two options available to you. You can either let her get her pregnant, or spayed.

Dealing with Cat Pregnancy
If you choose to let your female cat get pregnant, then be prepared to take care of several new kittens in your house, since a healthy queen will bear around two to five kittens per litter. You have to keep in mind that once your cat gives birth, she will again be in heat after around two to three months. If you want your queen to get pregnant, then do so responsibly. Take her to a good breeder and get her mated, instead of letting her loose out of the house. Not only can your queen get infections from a stray male cat, but can also be involved in accidents outside in her frenzied state. Most of the time, breeders recommend getting the cats mated only after two to three heat cycles, when the cat is old enough to care for her litter.

Getting Your Cat Spayed
A better way of eliminating the risk of accidental pregnancy in your cat, along with the danger of reproductive diseases later, is to get your cat spayed. This is good for the cat’s health, as a spayed cat will stop going into heat, and also become much less territorial. Spaying reduces the risks associated with cats which inevitably try to escape when in heat, often resulting in them being injured or contracting certain disease like the fatal Pyometra. Most veterinarians do not spray a cat in heat, and wait for the cat to enter the diestrus phase. If your cat has just had a litter, then you will need to wait for at least two weeks after the kittens are weaned, to get her spayed.
Although it might be distressing for an owner, remember that the loud and constant howling is a normal physiological function of a cat in heat. In fact your cat is now in much more pain and distress than you are. Apart from getting her spayed, you can also try rubbing her tummy, cuddling and petting her. Keeping the cat busy in some other activity will keep her from running off. If you want to consider breeding your pedigreed cat, then hormone injections can help in stopping the cycle temporarily. 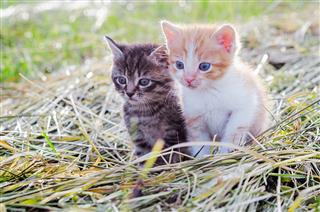 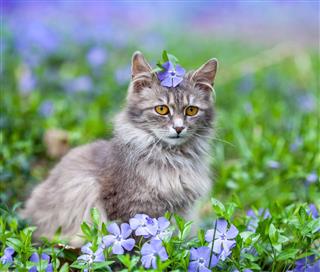 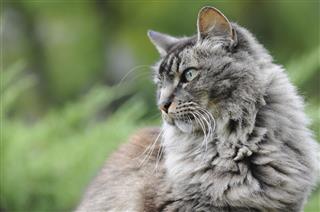 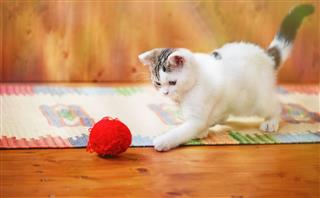 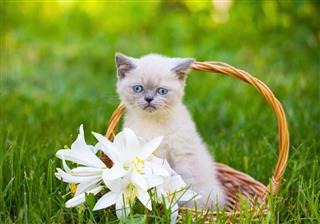 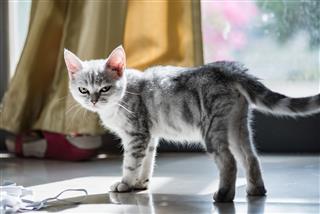 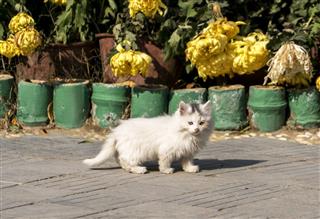 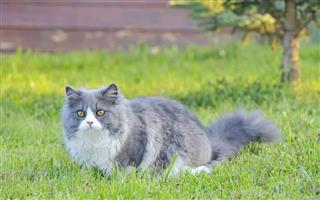 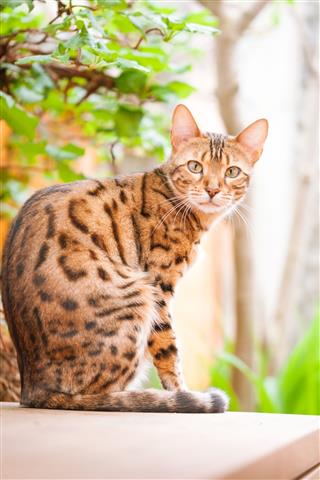 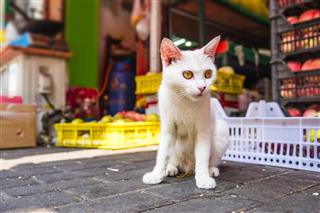 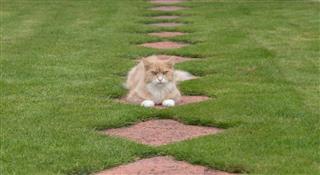 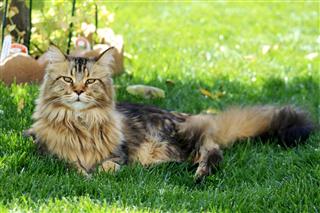 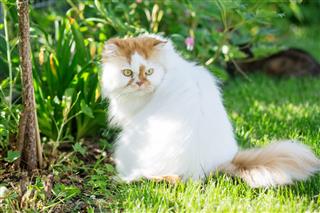 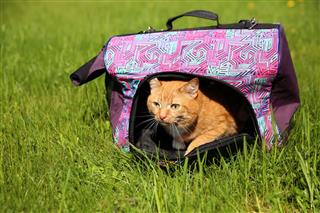 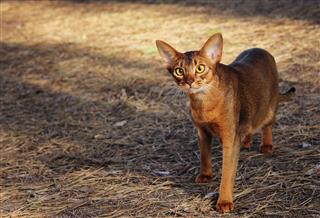