Worldwide, cats are the second most popular choice for pets, after dogs. Approximately half of ailurophilias (cat lovers) think that their felines possess the ability to read their minds. Here are some unique, ancient, and meaningful Egyptian names given to cats. 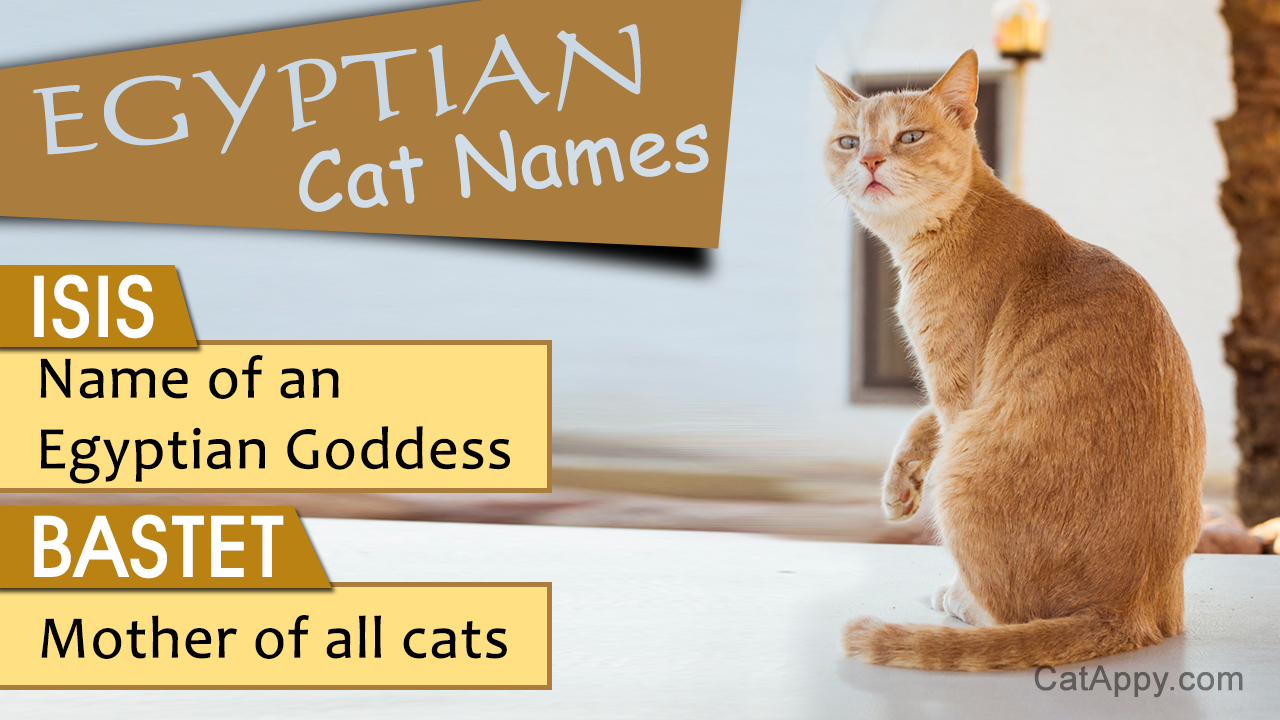 Worldwide, cats are the second most popular choice for pets, after dogs. Approximately half of ailurophilias (cat lovers) think that their felines possess the ability to read their minds. Here are some unique, ancient, and meaningful Egyptian names given to cats.

A genetic study concluded that every cat in existence can be traced right back to five African wildcats from the Middle East in 8000 BC!

Have a pretty little kitty? Don’t know what to name him or her? Why not give it a unique Egyptian name! Why Egyptian you ask? Egypt is considered as the ancient and sacred home of cats. It’s because cats are, and have always been a big part of Egyptian history, culture, and heritage. The ‘Mau’, Egyptian word which means cat, was first domesticated in Egypt to get rid of rats and rodents from the royal granaries. This earned them a special place in the hearts of the pharaohs; so much so, that they were bestowed with jewelry.

The Egyptians loved and respected their pet cats so much that they took them along for company in their after-life as well. No animal was held in such esteem as the cat. The Egyptians associated them to a number of gods and goddesses. Convincing enough? Now why not christen you’re little kitty with a name that deserves respect and pays homage to its attitude?

Harere: Another word for flower

Irisi: From the Goddess Isis

Ahmenhotep: Pleasing to the God Amen

Kufu: One of the pharaohs

Amenti (ah-men-tee): Was the Goddess of the Land of the West. She was known for her beauty. This is the perfect name for a feline who likes to climb, play hide and seek, and loves to play with feathers.

Anukis (ann-you-kiss): Was the Goddess of the Nile. If there is ever a cat who loves water, this is the perfect name for her.

Bast (A.k.a. Bastet, Bahst or Bahs-tet): Beautiful black, mother of all cats. Most popular and sacred of all Egyptian cats.

Buto (Boo-toe): She was also known as the Goddess of the Heaven and North, and also the Eye of Ra. Perfect name for a lovely home-bound cat.

Hathor (Hah-thor): Goddess of Love and Guardian and Protector of Women. Known as the Goddess of the West. If you have a loving feline, she’d surely appreciate this name.

Heket (Hay-ket): Another motherly goddess; a midwife for the daily rising sun. She was known as the Goddess of Resurrection, Childbirth, and Fertility.

Isis: Was the greatest goddess and ideal figure of womanhood. One of her sacred symbols was the ‘sistrum’, which looked like a rattle, and was known to ward off evil spirits. Such a name is reserved for a very special cat.

Mut (Moot): Was known as the ‘World Mother of Heaven’. Perfect name for a spoiled and pampered feline who throws temper tantrums when she doesn’t get her way.

Neit (Night): She is known as ‘the huntress’. She was the protector of marriages and women. If your cat loves a good hunt, look no further, for this is the name for her.

Nekhebet: She was the protector of children and mothers, and is often depicted as a vulture looking upon her pharaoh children. This would go well for a protective motherly cat.

Nephthys: Was known as the ‘mistress of the house’. She was known as the Goddess of the Underworld. She represented life and death alike. She was a protector and guardian of the dead, like her sister Isis, and Goddess of Dark Magic, Dream, and Intuition. So, if you have a dark and mysterious female cat, now you have just the name for her.

Nut (Noot): Personification of stars, clouds, and weather. Perfect name for a cat who likes fresh air and prefers being outdoors.

Sekhmeth: She is also known as ‘dark sister of Bast’ and ‘Sekhmet the terrible’. Represented as a figure with a head of a lioness crowned with a coiled cobra. Symbolized the deadly heat of the sun. She is the Goddess of War and Battle, and Arts and Creativity. This is an ideal name for a loving but tough little kitty.

Shait: Was sometimes a god and at times a goddess. He or she was a guardian angel. If a female baby was born, she’d visit them as Shait. He/she lived alongside humans. This deity stood by the souls of the deceased in the hall of judgment, advocating the judgment. So, if you have a cat who gives you a deep and judgmental stare, Shait could be her name.

Tefnut (Tef-Noo): She was an inhabitant of the underworld. She was the Goddess of Rain, Mist, Dew, and Moisture. She was once fed blood that was ripped from dead bodies. If your cat likes water or loves bringing you little dead rats as gifts, this is the name for her.

Amun (Ah’-muhn): Amun was the chief of gods, and was the God of Fertility. The perfect name for a quiet and dominant tom cat.

Anubis (Ann-yoo-biss): He is the jackal-headed God of Funerary Rights and Keeper of the Dead. This would be an excellent name for a black cat.

Apophis (ah-pah-fiss): He was portrayed as a snake. Another name for a black cat. So, if your cat is known for his cunning, sneaky, wicked personality, this is a great name for him.

Banaded (Baa-naa-ded): He was a wise and level-headed god. This would be the perfect name for a peaceful cat.

Bes (Bess): God Bess wasn’t one of the good-looking gods. He was always portrayed as fat, rude, bug-eyed, hairy, with a drooling tongue. He was, however, the protector and guardian of women giving birth, infants, and people when they were asleep, protecting them from demons. He also looked after the souls of the dead, guiding them to their after-life. Guess he’s the one who birthed the term ‘never judge a book by its cover’. So, if you have a furry, fat little cat, this would be the best name for him.

Geb/ Keb/ Seb: He was the father of all subsequent gods. He was both brother and husband of Nut (the Goddess of the Skies). He was also the Earth God. This name would be perfect for a cat who prefers to be on the ground.

Hapi (Happy): Another fat god of the Nile. He was the God of Prosperity of the Crops. If you have a fat cat, well, now you know what to name him.

Horus (Hor-us): Was the most complex and important Egyptian god. He was the God of the Rising Sun. He was an all-round hero.

Imhotep: His name means peace. He was the God of Learning and Medicine. If your cat is addicted to Catnip, this is the name for him.

Khensu (Ken-soo): Means the traveler of the sky. He was the God of the Moon, and a known exorcist. A befitting name for a cat who goes exploring in the night.

Khepera: He was the God of the Rising Sun and Reincarnation. This one is suitable for an adventurous cat who risks his nine lives.

Maahes: He is depicted as a lion-headed man. If you have a cat with lion-like features, look no further, for you’ve found the perfect name for him.

Menthu: At times, this god is depicted as bull-or falcon-headed. He was the God of War and Retribution. If you got a cat who loves to pick and win fights, step aside Rocky Balboa, there’s a new cat in town.

Osiris: He was one of the noblest gods. He was known as, ‘Lord of Life After Death’, ‘Good Shepherd’, and ‘Universal Lord’. There are over 200 names attributed to this god. He was the God of Religion, Civilization, Law, Commerce, and Success. A heroic cat deserves a heroic name like Osiris.

Ra: The most supreme god, ‘God of all Gods’. He represented truth, virtue, and destiny. He ruled all rights, rituals, and spells. This name is perfect for a spoiled tom cat, who loves his sun baths.

Set: He was the most villainous god. He was the God of Hatred, Evil, Cruelty, Murder, and the personification of darkness. He was also the God of Hunger. If you have a cat who is forever hungry, from now on you can call him Set.

Shai: Was sometime a god and at times a goddess. He or she was a guardian angel. If a male baby was born, he’d visit him as Shai. He/she lived alongside humans. This deity stood by the souls of the deceased in the hall of judgment, advocating the judgment. So, if you have a male cat who gives you a deep and judgmental stare, Shai is his name.

Shu: He is the God of the Sky and Atmosphere. A perfect name for a sun-basking cat.

Thoth (Toe-th): He was a great and mysterious God of Secret Intellect, Wisdom, Geometry, Higher Mathematics, Books, and Learning. He was also a God of Magic. ‘Tarot’ is attributed to this god. So, a smart, talented, and intelligent cat deserves this lovely name.

So folks, enough with names like ‘Fluffy’, ‘Puss-puss’, ‘Snowball’, and ‘Mr. Tinkles’. Let’s give some self-respect back to our cats, and give them a name well deserved and fit for a royal pet. 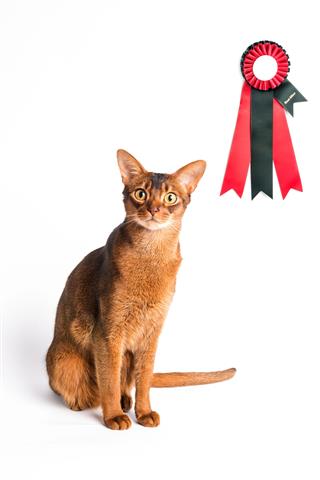 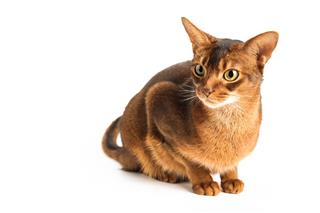 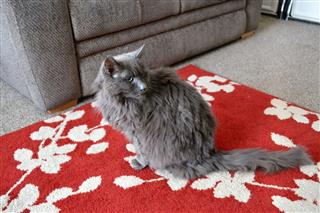 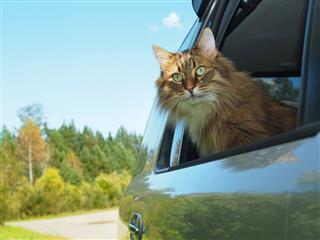 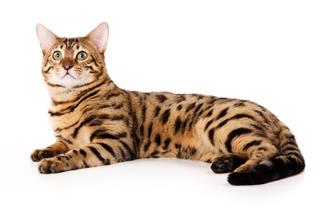 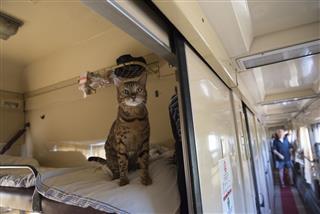 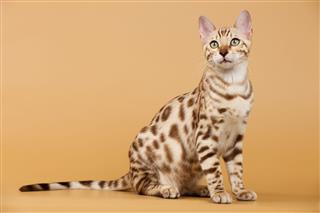 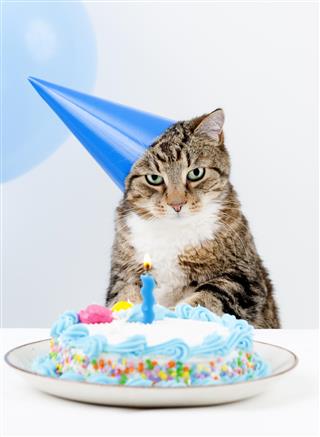