A typical Bombay cat will display certain specific personality traits that many first time pet owners find quite endearing. To know more about the interesting personality of Bombay cats, read the following CatAppy article through and through. 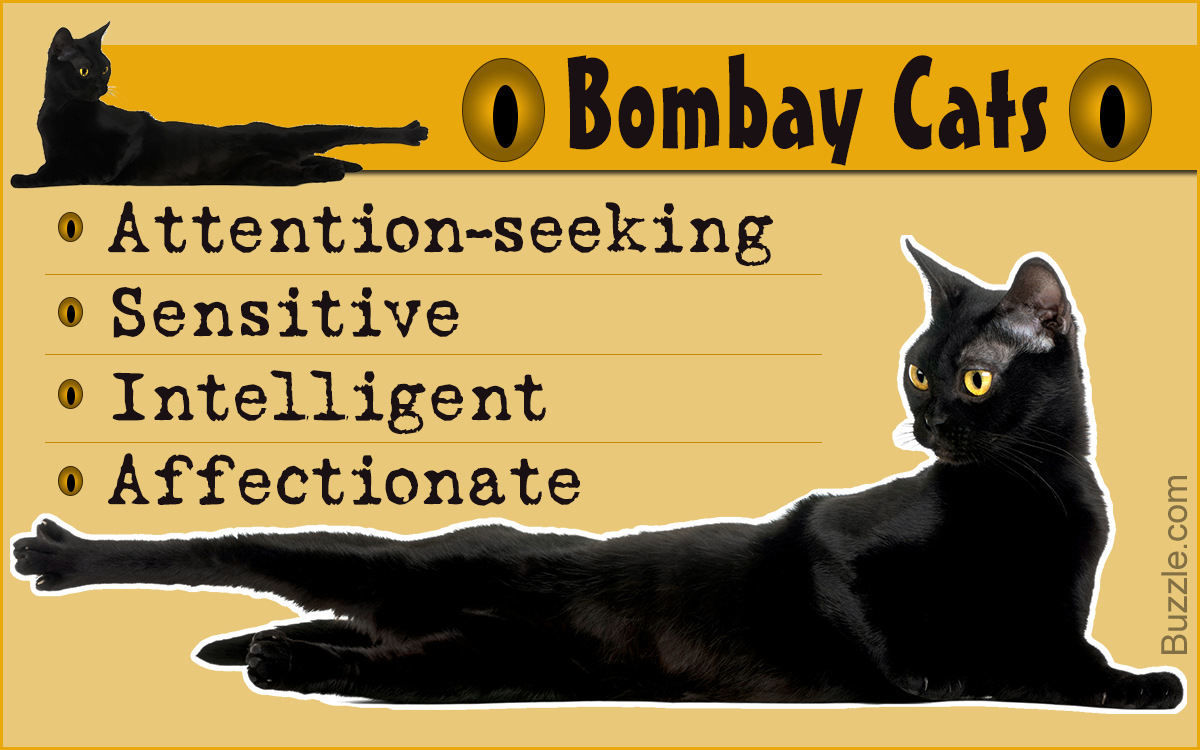 A typical Bombay cat will display certain specific personality traits that many first time pet owners find quite endearing. To know more about the interesting personality of Bombay cats, read the following CatAppy article through and through.

Cats. So much to say, so much already said.
What can I really say about a cat?
And yet, and yet…

That ball of fur, of meows and purrs;
of the nail kneading and the hard gazing,
of the tails swishing in anger, of the long hours of slumber,
of the ‘this’ and the ‘that’.
What can I really say about a cat? 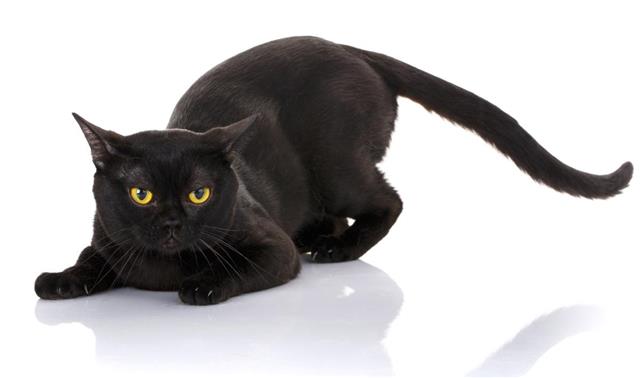 Bombay cats will inspire this limerick. There’s no doubting that. What’s to say about Bombay cats? Glad you asked. Their rich, black coat is their most arresting feature, followed by their huge button eyes. Giving the feeling of them being in a constant state of surprise and shock. These cats closely resemble the Burmese cat breed, but for their coats. First time pet owners could probably not make a better choice than the Bombay cat, it is said. This testimony comes forth from owners who are not merely taken up by their physical features but also love what the Bombay cat personality has to offer. And what exactly is that? A detailed report follows. Read, read. 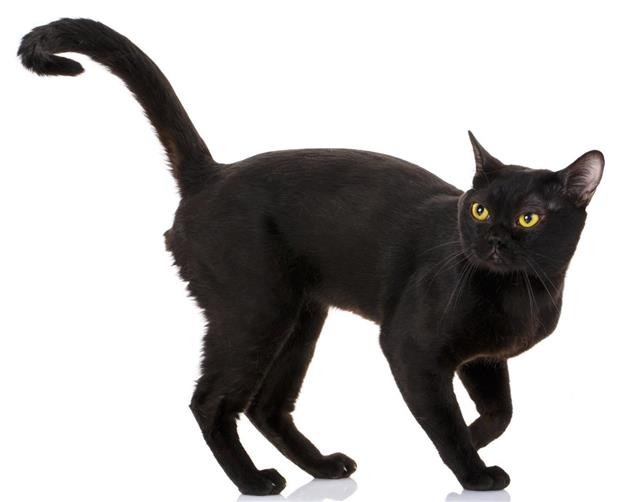 Interesting name this Bombay cat, right? Wondering how it got that? These cats get their name from that famous sea side place in India, Bombay. India is one of the main places in which the black leopard is found. Since this breed was created to look like the striking black leopard, the breeder of the Bombay cat, Nikki Horner thought it befitting to name it thus. The Bombay cat does most definitely look like a miniature version of the black leopard. Horner wanted to create a breed that maintained the structure of the Burmese cat but had a black fur coat and eyes of copper. After extensive research and experiments, the Bombay cat was finally brought out―it had a short coat like the Burmese and the copper-colored eyes and black color like the American Shorthair. The effort for creating this breed started in the 1950s, but it wasn’t until the 1970s that the breed was finally accepted and recognized, thus qualifying for registration at the Cat Fanciers’ Association (CFA) which is the world’s largest association for registering pedigreed cats.

The blackest of black coats and the button eyes of copper and gold. Let’s talk about that for a while. 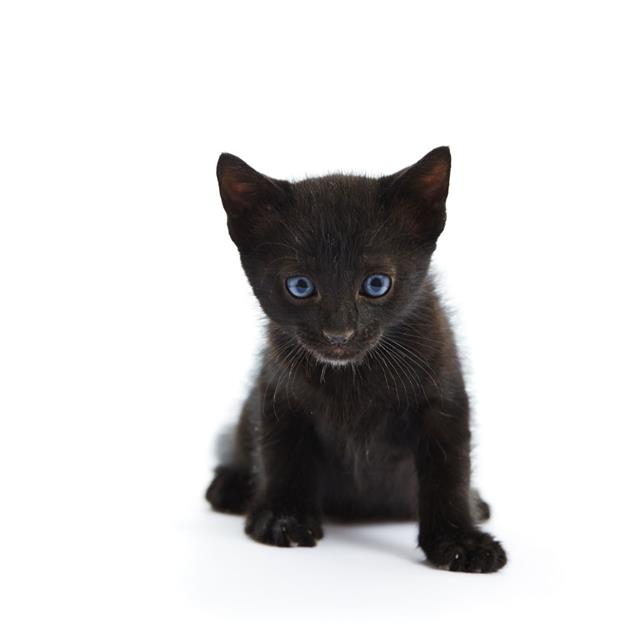 The arresting feature of the Bombay cat is its shiny, sleek coat that is jet black in color all the way to the roots. The coat will have little to no paling, leaving little to wonder about why this extremely soft coat is tempting to touch. Since it is quite short, it does not require much grooming. Though taking a brush to it once in a while is a good idea. A healthy and rich diet lends to the sheen and shine of the cat’s coat, leaving it shiny and free of any disease. 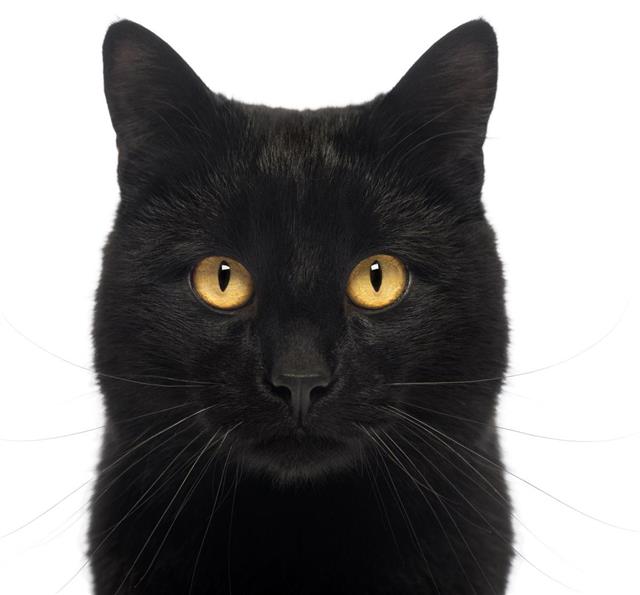 The second most appealing feature of the Bombay cat are the eyes. This breed can be divided into two sections depending on its eye color. The British Bombay has eyes ranging from the colors gold to copper, while the American Bombay has eyes that are of an orange or honey hue. This is the simplest way of telling these cat types apart. The eyes of these cats are huge and rounded. It is only after a Bombay kitten is about 4 months old that its eyes will begin to take on the sharp and rich color of copper or orange. 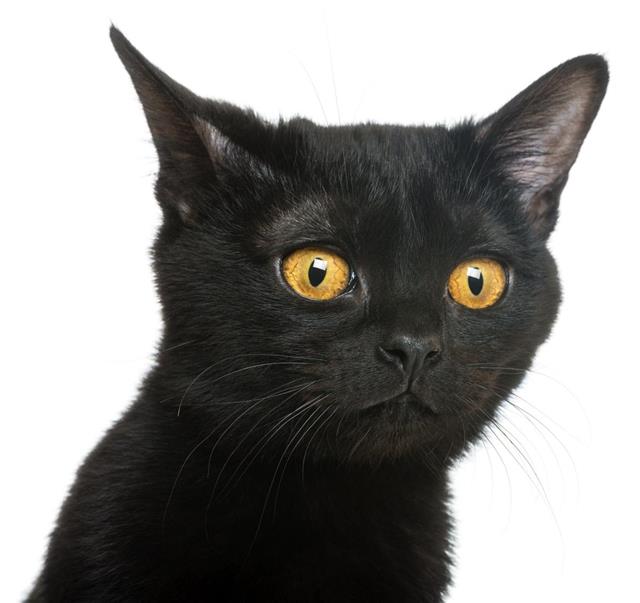 The Bombay cat is quite hefty, but for its hefty and muscular frame, it is quite agile. It has a short and stout nose and the ears are long and rounded at the end, much like the characteristic feature of other cat breeds. The head is rounded as well.

While its average weight falls in the range of 3-6 kg, the male cats weigh more than the females. Even though it gives the appearance of being a light cat, it is surprisingly quite heavy when carried. These cats have been known to live for a period of 13-15 years.

What makes the Bombay cat a great pet to have around? That would most definitely be the Bombay cat personality, which can be described as endearing at best. The nuances of their behavioral traits will be showcased in the following section.

What will draw most people to this breed of cat is its need for attention. It’s not really a rare sight when the cat saunters lazily over while you’re sitting on the couch, and perches itself on your lap. It loves the company of humans and is most comfortable being around them. There are certain characteristic features that it possesses for displaying its need for affection and attention. For example, the Bombay cat is known to purr very loudly around its owners and some even ‘talk back’ by way of responding to the tone of the owners. Other than that, they will also exhibit other features like kneading on the lap of the owners, or rubbing itself around the legs.

Bombay cats are known to be gentle, loving, and affectionate. This can be clearly seen in the way that they are around humans. They are especially great around children and that is why most parents prefer to bring this breed into the house. They are also quite tolerant of other pets in the house, leaving a few other cat species. But they are known to be quite comfortable around dogs. Thus, they get easily adjusted within the household, and there are no untoward scenes of fights creating a hostile environment.

The Bombay cat is also known to be quite intelligent and sensitive. For example, they’ll key in on one family member and focus special attention onto him/her. They’ll follow him/her around to give them their food or will go sit on their lap.

These cats, they love to play, so playing fetch, or teasing them with a string promises a lot of fun. They are highly attention seeking that way.

Bombay cats are not independent and aloof and that is why they do not like to be left alone for long periods of time. They need to be taken care of and given attention.

The Bombay cat is known to love being around heat sources and are heat seekers. Not necessarily on a cold day hence, you’ll find them curled near a heat source or sitting close to someone. They prefer to get under the covers and cover themselves up like that.

Can you see it now? The blackest of black cats with the eyes of gold. As you walk in from the front door, it jumps down from its abode and comes to where you sit. Meowing for you to feed it, then happily relaxed near your feet. Then just as suddenly it jumps to play with the string that you lower. That for you is the very, very interesting personality of the Bombay cat. When are you getting one then?