Hypoallergenic Cats are a Paw-radise for Allergic Cat Lovers

Do you love cats, but cannot adopt one due to allergy problems? Hypoallergenic cats can be your perfect furry little companions. CatAppy lists some hypoallergenic cat breeds.

Do you love cats, but cannot adopt one due to allergy problems? Hypoallergenic cats can be your perfect furry little companions. CatAppy lists some hypoallergenic cat breeds. 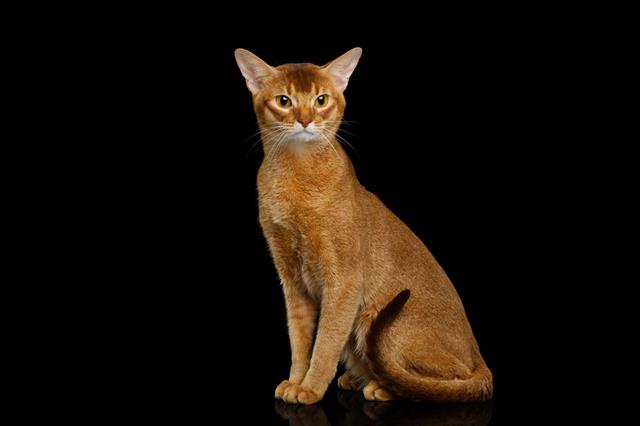 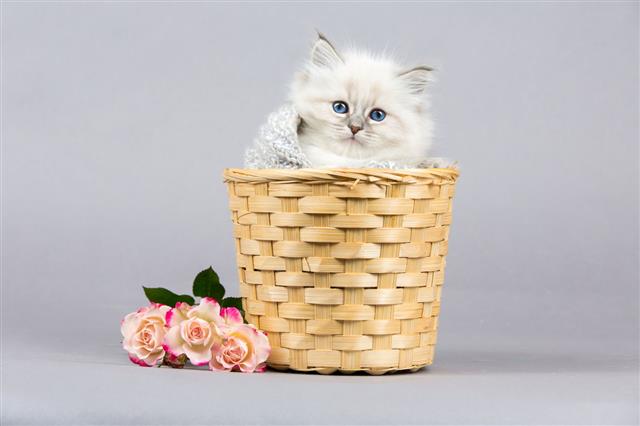 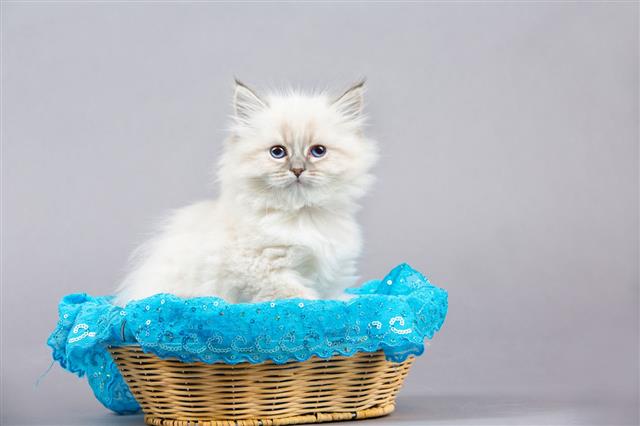 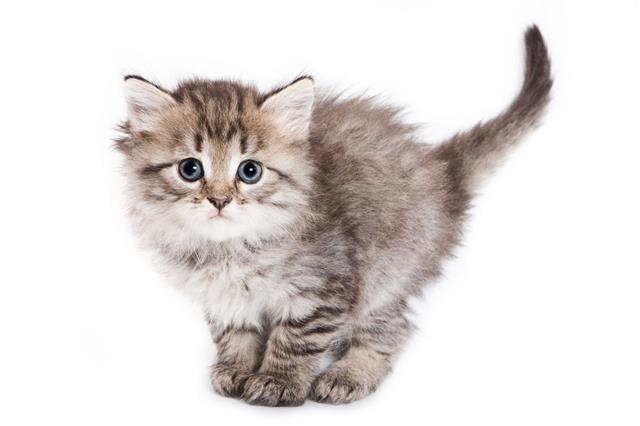 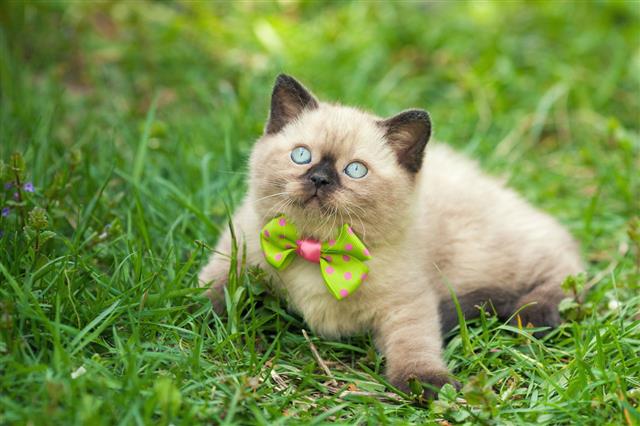 All cat breeds, no exception, are allergenic to some extent!

Pets and pet allergies go hand in hand. About 10-20% of the world’s population is allergic to cats, but more than one third of the population have cats as pets. Most cat owners get used to their feline companions and often control their allergic responses with the help of certain measures. This often happens naturally, in a process called desensitization. However, in some unfortunate cases, the allergic response is so severe that the poor little cat has to be sent to an animal shelter. Cat allergies are manifested in the form of sneezing, wheezing, rashes, nasal blockage, and general irritation of the respiratory tract.

» It is wrongly assumed that feline fur is responsible for inducing allergies in people. The truth is that though shed fur is the most visible reason, cat fur and its length has nothing to do directly with feline allergies. A recent research has shown that a glycoprotein named Fel d 1, found in the sebaceous glands and saliva of cats is mainly responsible for causing allergies. This glycoprotein is synthesized by the sebaceous glands and is transferred onto the fur when the cat grooms itself.

» Saliva has lower levels of Fel d 1 than sebum, but contains another allergen, the protein Fel d 4. Particles of this protein, less than one tenth of the size of a pollen grain, are capable of staying airborne for several months. Thus, dander and saliva are responsible for cat allergies.

» The general misconception about hypoallergenic cats is that long-haired cats are usually more troublesome. But this is often not the case. In fact, the long coats of cat breeds like Siberian cats act as a barrier between the sebaceous glands, which are located below the skin, and fur. However, this is not a general rule.

» The quantity of allergens in a cat’s dander depends on various factors, main among which is the natural tendency of the breed to produce Fel d 1 and Fel d 4. Other factors include the cat’s hygiene, diet, and regular grooming. There are no dander-free breeds of cats. All cats are to some degree allergenic, and regularly cleaning them is a very important step in reducing the chances of allergies even more.

» Females are known to be less allergenic than the males of the same breed, whereas kittens are known to be the most problematic. Prospective pet owners should get themselves checked for cat allergies. More importantly, the cat should be brushed and washed regularly.

Here are some cat breeds that are considered naturally hypoallergenic. Coincidentally (or perhaps by some yet-undiscovered evolutionary design), many of these breeds are known for their extroverted, affectionate, and unusually loyal behavior towards their owner, and are thus considered some of the best pet cat breeds.

Despite its name, Abyssinian is thought to have been developed in Egypt. This is one of the most playful cat breeds. Unlike the usual stupor observed in pet cats, ‘Abys’ are always in search of excitement. They are curious about their surroundings, but sensible and safe in their play. They love exploring high vantage points of their ‘territory’, and can play for hours with a favorite toy. They are quite slim, and given enough space for their natural energy, rarely face obesity-related problems.

This is one of the most well-known pet cat breeds. Originating in Thailand (Siam was the old name of Thailand), this unique-looking breed has become a much-desired pet breed in the US and Europe. Siamese cats are known to be affectionate towards a single member of their family, but like to play with multiple individuals. They are quite persistently vocal.

The Oriental Shorthair is one of the many breeds developed from the Siamese cat. It is so closely related to its parent breed that in many competitions, Oriental Shorthairs have to compete as Siamese. It was mainly developed in the US. They can be found in several coat patterns and colors. Ideally, they have peculiar almond-shaped eyes and heads that taper significantly from outward-pointing ears to the nose.

Other hybrids of the Siamese cat, such as Balinese and Javanese cats are also considered hypoallergenic.

Devon Rexes are one of the most intelligent cat breeds. They learn to recognize their own name, and can perform various complex tricks. Their love of high vantage points is almost unparalleled. They are high-jumpers, and will do whatever it takes to reach the highest spot in the room. They are also very affectionate towards their owner, and like to play even into adulthood. They like to ride on their owner’s shoulders and often follow their owner around the house like a dog.

Due to their intelligence, low-maintenance shedding, and affectionate nature, these are one of the best cats to adopt as a pet.

These are closely related to the Devon Rex breed, and, accordingly, are thought to be hypoallergenic. Both Rex breeds have very short coats, which has contributed to the general belief that they must be hypoallergenic. But since cat allergies are not related to cat hair, Rexes cause allergies in some owners, but the effects of Rex allergies are said to be much milder than other cat breeds. Like the Devon Rex, this breed is extremely intelligent, curious, and playful.

Russian Blues are quite intelligent and can be taught multiple tricks. However, they are not quite accepting of strangers. Russian Blue cats develop strong, loyal ties with their owner and the immediate family, and also enjoy playing with a fellow pet. Their beautiful coats, which give them their name, and their charming, loyal personality have made these cats a very popular pet breed. They are naturally one of the healthiest breeds, and don’t carry a significant risk of any genetic disease.

As per the name, these cats evolved in Russia. Despite their long and dense fur, these cats have been promoted as hypoallergenic for more than a decade. Initial studies reveal that these cats may indeed produce less amounts of Fel d 1 than other breeds, except silver-colored Siberians, which produce more. This is one of the oldest cat breeds, and is considered by many to be the common ancestor of all modern longhair cat breeds.

As mentioned before, there are no naturally dander-free cat breeds. The severity of the allergies depend upon the amount of Fel d 1 and Fel d 4 produced by the cat, and the owner’s sensitivity to it. Keeping the cat clean, and feeding it a well-rounded, healthy diet can largely negate dander issues, and makes your cat a much healthier furry buddy. 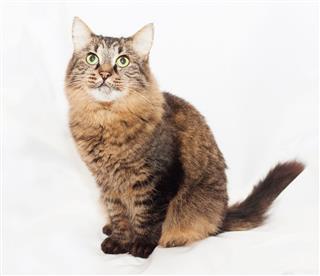 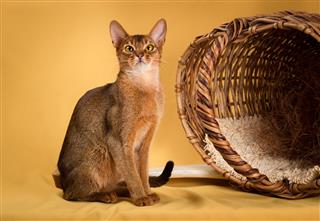 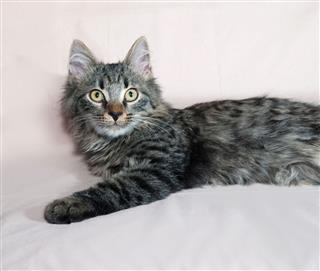 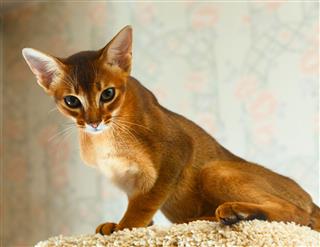 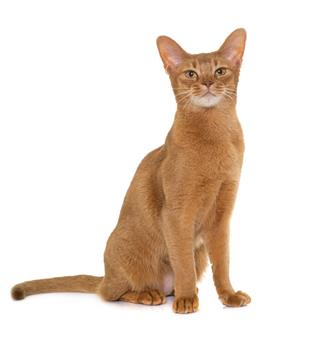 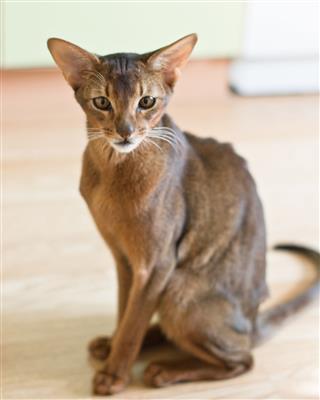 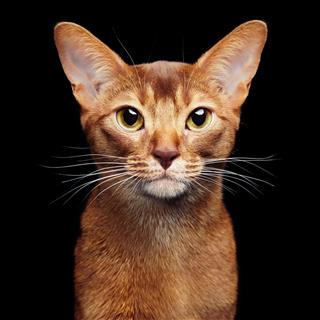 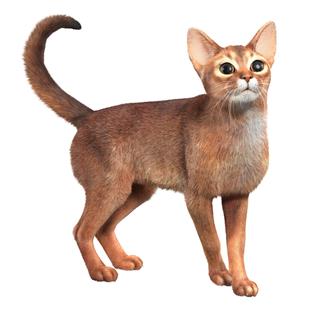 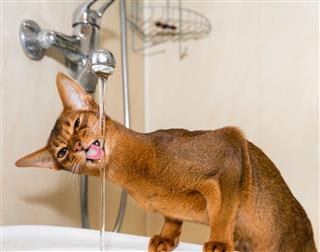 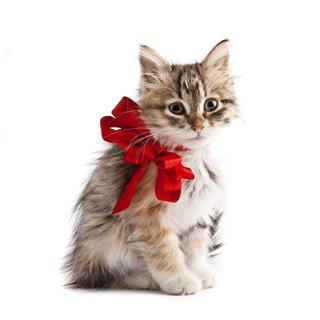