An Incredibly Awesome Collection of Quotes About Cats

Many men and women have come up with quotes and sayings that capture the whole essence of having a cat as a pet. Crazy, you think? Not really, if you have one.

Home / Uncategorized / An Incredibly Awesome Collection of Quotes About Cats 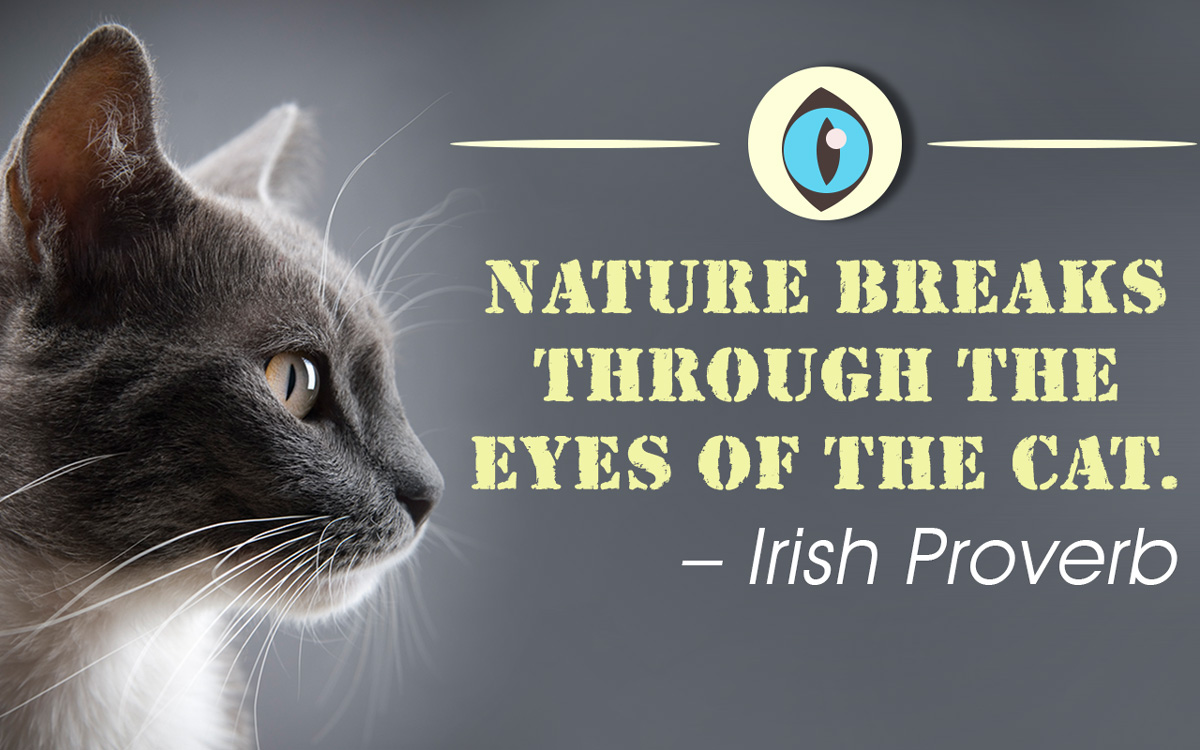 Many men and women have come up with quotes and sayings that capture the whole essence of having a cat as a pet. Crazy, you think? Not really, if you have one. 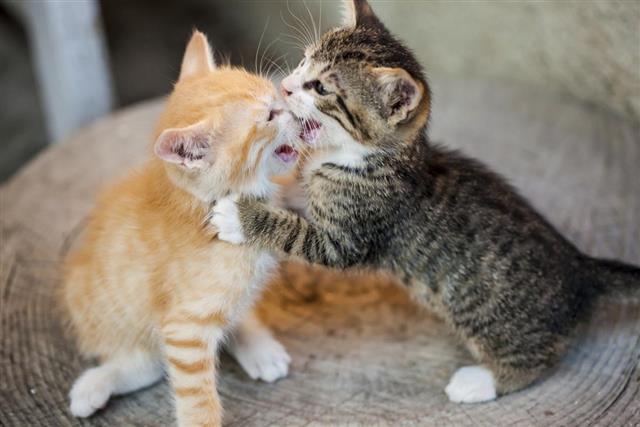 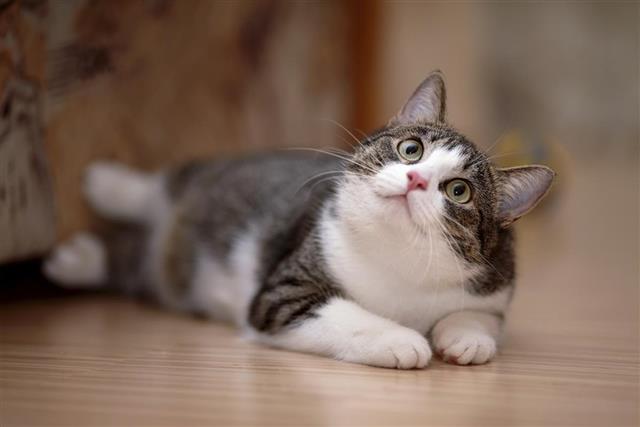 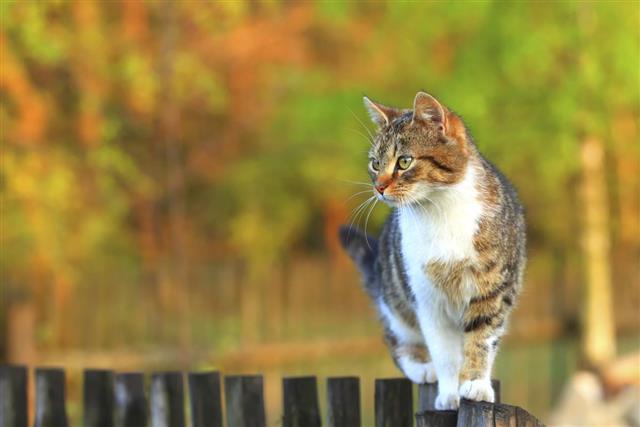 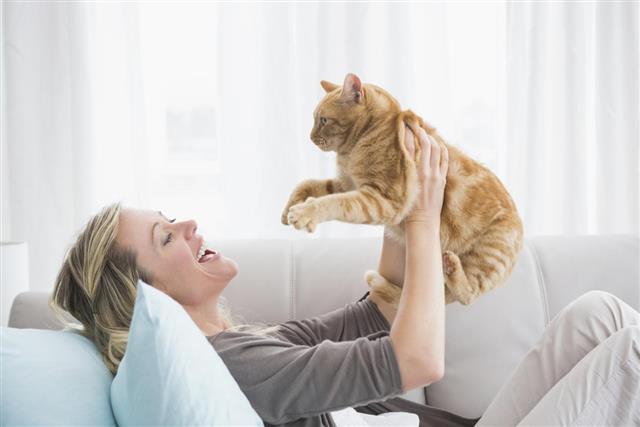 Cats are illusive creatures, which―perhaps―is what makes people take keen interest in them. It’s precisely because of this reason that no other animal has been successful in making a place for itself in the human psyche, like the cat has. They have a diverse personality. They show varied emotions in different situations. If you are a cat owner, we don’t need to tell you how brilliant actors they can be. Your cat knows your weaknesses, and plays the right cards at the right moment to get its way.

Cats are not new to the world of literature either. In several literary works, they have been given a place that they truly deserve. While some people have taken to stories and poems to convey their love for cats, others resorted to quotes and sayings for the same. These quotes are not just funny, but are also quite motivating and inspiring. So, without taking more of your precious time, let us move on to these quotes.

“No matter how much cats fight, there always seems to be plenty of kittens.” ― Abraham Lincoln

“Cats are a mysterious kind of folk. There is more passing in their minds than we are aware of.” ― Sir Walter Scott

“Do you see that kitten chasing so prettily her own tail? If you could look with her eyes, you might see her surrounded with hundreds of figures performing complex dramas, with tragic and comic issues, long conversations, many characters, many ups and downs of fate.” ― Ralph Waldo Emerson

“I wish I could write as mysterious as a cat.” ― Edgar Allan Poe

“Dogs come when they’re called; cats take a message and get back to you later.” ― Mary Bly

“Cats are rather delicate creatures and they are subject to a good many ailments, but I never heard of one who suffered from insomnia.” ― Joseph Wood Krutch

“If animals could speak the dog would be a blundering outspoken fellow, but the cat would have the rare grace of never saying a word too much.” ― Mark Twain

“In a cat’s eye, all things belong to cats.” ― English Proverb

“Cats seem to go on the principle that it never does any harm to ask for what you want.” ― Joseph Wood Krutch

“If cats could talk, they wouldn’t.” ― Nan Porter

“The cat could very well be man’s best friend but would never stoop to admitting it.” ― Doug Larson

“The problem with cats is that they get the same look on their face whether they see a moth or an axe-murderer.” ― Paula Poundstone

“The reason cats climb is so that they can look down on almost every other animal – it’s also the reason they hate birds.” ― K.C. Buffington

“Cats do care. For example they know instinctively what time we have to be at work in the morning and they wake us up twenty minutes before the alarm goes off.” ― Michael Nelson

“The cat is the only animal without visible means of support who still manages to find a living in the city.” ― Carl van Vechten

“When I play with my cat, how do I know that she is not passing time with me rather than I with her?” ― Montaigne

“Cats are the ultimate narcissists. You can tell this by all the time they spend on personal grooming. Dogs aren’t like this; a dog’s idea of personal grooming is to roll in a dead fish.” ― James Goreman

Cat’s motto: “No matter what you’ve done wrong, always try to make it look as if the dog did it.”

“Humans: No fur, no paws, no tail. They run away from mice. They never get enough sleep. How can you help but love such an absurd animal?” ― Anonymous cat about humans

“Everyone knows cats are on a higher level of existence. These silly humans are just too big-headed to admit their inferiority.”

“Thousands of years ago, cats were worshiped as gods. Cats have never forgotten this.” ― Anonymous

“If a cat did not put a firm paw down now and then, how could his human remain possessed.” ― Winifred Carriere

You call to a dog and a dog will break its neck to get to you. Dogs just want to please. Call to a cat and its attitude is, “What’s in it for me?” ― Lewis Grizzard

“Never pick up a stray kitten . . . unless you’ve already made up your mind to be owned by it.” ― Robert A. Heinlein

“Cats only pretend to be domesticated if they think there’s a bowl of milk in it for them.” ― Robin Williams

Cats always seem so very wise, when staring with their half-closed eyes. Can they be thinking, “I’ll be nice, and maybe she will feed me twice?” ― Bette Midler

“The cat does not offer services. The cat offers itself. Of course he wants care and shelter. You don’t buy love for nothing. Like all pure creatures, cats are practical.” ― William S. Burroughs

“You can keep a dog, but it is the cat who keeps people because cats find humans useful domestic animals.” ― George Mikes

“A cat will wait until you’ve read your morning paper before tearing it to shreds.”

“Cats know how to obtain food without labor, shelter without confinement, and love without penalties.” ― W. L. George

“A cat will be your friend, but never your slave.” ― Théophile Gautier

“In the middle of a world that had always been a bit mad, the cat walks with confidence.” ― Rosanne Amberson

“A cat will do what it wants when it wants, and there’s not a thing you can do about it.” ― Frank Perkins

“If I called her she would pretend not to hear, but would come a few moments later when it could appear that she had thought of doing so first.” ― Arthur Weigall

“The dog may be wonderful prose, but only the cat is poetry.” ― French Proverb

“If cats had wings there would be no ducks in the lake.” ― Indian Proverb

“Nature breaks through the eyes of the cat.” ― Irish Proverb

“To please himself only the cat purrs.” ― Irish Proverb

“The cat always leaves a mark on his friend.” ― Spanish Proverb

“If stretching were wealth, the cat would be rich.” ― African Proverb

“The cat was created when the lion sneezed.” ― Arabian Proverb

“When the cat and mouse agree, the grocer is ruined.” ― Persian Proverb 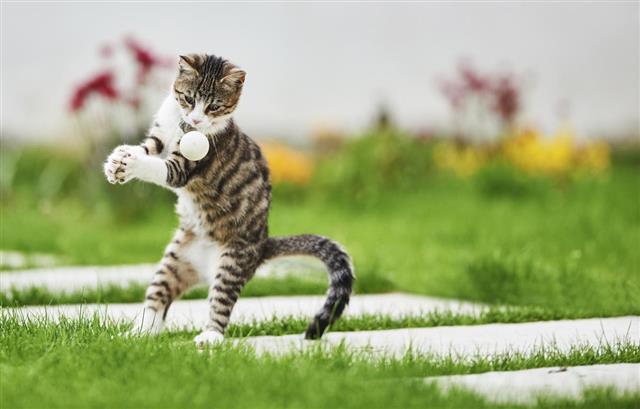 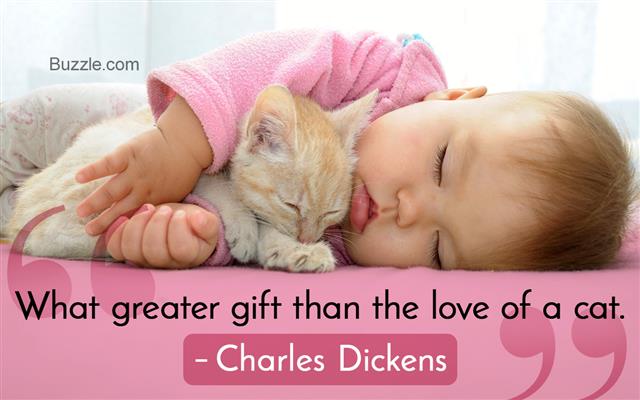