Cats too, suffer from diseases that can be easily detected, if the owners are made aware of the symptoms. Here are some common cat health problems that are found in domestic feline breeds. 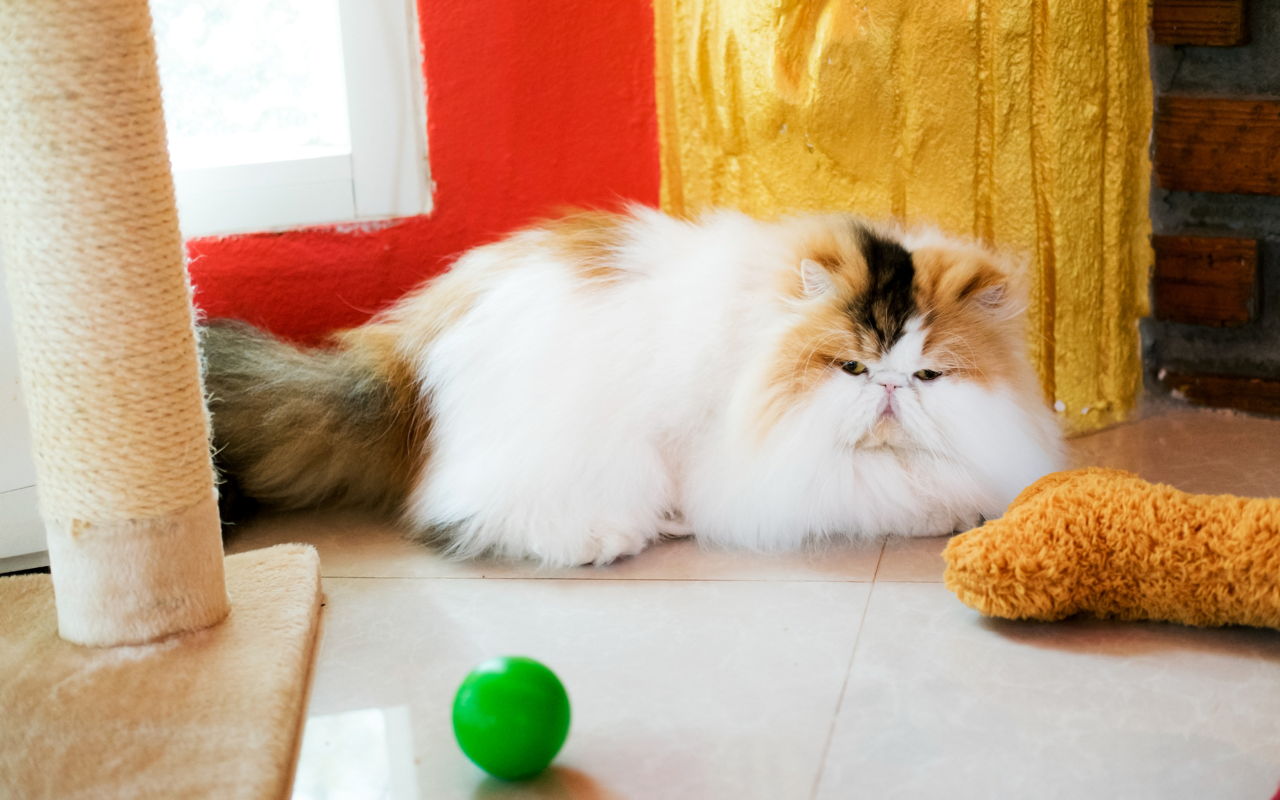 Cats too, suffer from diseases that can be easily detected, if the owners are made aware of the symptoms. Here are some common cat health problems that are found in domestic feline breeds.

For cat lovers, it’s heart breaking to see their little furry companions getting ill. Like us, they too are susceptible to falling sick, therefore being aware of some of the common diseases that affect them, can be very advantageous for proper pet care. Once you’re equipped with the necessary information, it becomes easier to protect your pet from specific diseases.

You may not be able to completely stop the disease from occurring, but you can surely take rapid curative action, which will aid in saving your precious pet’s life. Here are some commonly diagnosed cat health problems, which affect certain breeds.

Hypertrophic Cardiomyopathy HCM – This is a heart condition which causes the heart chambers to shrink, and process lesser blood. The heart becomes less elastic, and this causes murmurs, and clots, which obstructs the circulation of blood in the animal.

Cataracts – Cataracts is a congenital eye condition found predominantly in the Bengal cat breed. This condition causes an opaque film to form over the cat’s eyes, which obstructs its vision. This eye disease is treatable.

Progressive Retinal Atrophy PRA – This is a recessive and congenital eye condition, which is caused when the eye receptors begin to malfunction because of constant degeneration. If not cured, it will lead to permanent blindness.

Luxating Patella – This is an extremely painful hereditary condition found in the Bengal cat breed, wherein the cat’s kneecaps keep shifting from its place with every movement of the knee. This ailment develops prior to birth in the womb, and needs surgery.

Anesthetic Allergy – The immune system of this breed of cat, has shown to reject anesthesia on the operation table. Anesthetic allergies can leads to severe cardiac arrest or instant death, if not treated on time.

Alleles or Head Fault – This craniofacial condition results in the kittens being born with one jaw, two muzzles, two noses, and four eyes, out of which two are completely defective, and shrunk. Such kittens are usually stillborn, or die within a few hours.

Feline Orofacial Syndrome – Trigeminal neuralgia, causes severe pain in teeth, and the jaw. This pain causes the cat to chew often, and it will try to bite its own paws to relieve the pain. This condition may last for a few hours or two weeks, and not more.

Hypokalemia – This is an inherited potassium deficiency disorder, found in Burmese kittens of less than 6 months. In case of such an attack, the cat falls down and loses complete control over its head, and body muscles. Immediate treatment can avert instant death.

Congenital Keratoconjunctivitis Sicca – This is an eye condition caused by a herpes virus, which makes the cat’s cornea dry due to low tear secretion. Thick mucous like liquid is discharged, which causes crusts to form around the eye.

Flat Chested Kitten Syndrome – This is a severe birth defect wherein some Burmese kittens are born with a flattened thorax. The lungs collapse due to a genetic defect, or respiratory infection such as pneumonia.

Feline IBD – This breed of cat is rather vulnerable to feline inflammatory bowel disease. IBD causes dehydration, diarrhea, vomiting, or constipation. The acid imbalance in the cat’s digestive tract causes discomfort, and irritation. This condition is incurable but can be curtailed to a large extent.

Cardiovascular diseases – Egyptian Mau cats are prone to HCM, and thromboembolism, which results in small blood clots forming in the aorta. Blood flows to the cat’s hind legs and makes walking painful. If left untreated, this condition can lead to a heart failure in the animal.

Hip Dysplasia – This is genetic disorder, which affects cat breeds such as Maine Coon cats, Devon Rex, and the Norwegian forest cat. The symptoms begin to aggravate as the cats grows in age. The hip joints develop in an abnormal manner, which leads to difficulty in walking. Hip dysplasia causes arthritis. This disorder is incurable, but can be minimized through treatment. The skeleton structure of your Maine Coon cat must be checked when it’s still a kitten. Secondly the cat’s weight must be controlled to the permissible limit, as stated by the veterinarian. Too much weight will make it all the more painful for the cat to move around.

SMA – Spinal muscular atrophy is another genetically transferred condition, wherein the cat’s spinal cord, begins to lose its neurons. This causes loss of mobility and sensation in the lower limbs and trunk of the animal. Kittens as young as 3-4 months maybe diagnosed with SMA, which may cause muscle atrophy, weakness, and fatality. Check for this gene, before buying or selling the kittens.

Glycogen Storage Disease Type IV – GSD IV is also known as the Andersen disease, or amylopectinosis, wherein the animal lacks a particular enzyme, which is crucial for the production of glucose. This lack of glucose causes neuromuscular degeneration, and eventual fatality in the kittens. This condition is caused by a recessive gene, which can be avoided, through healthy breeding.

Feline Viral Rhinotracheitis – This is an upper respiratory infection caused by the feline herpes virus 1. It causes sneezing, coughing, pneumonia, ulcerative skin and eyes, chronic epiphora or tearing, and conjunctivitis. This virus can also lead to unfortunate abortions during the gestation period, in this cat breed.

Retinal Dysplasia – This eye condition causes blind spots to occur on the cat’s eyes and is caused by a viral infection. The infection affects kittens at the time of birth, and sometimes may be inherited through genes.

PKD – This cat breed, along with the Exotic Shorthair cat, is prone to polycystic kidney disease. Cysts form on the cat’s kidneys, enlarging its tissues, and the organ itself. PKD is a genetic disease, and will affect the litter. Cats with this condition, do not live long. Kittens must be tested before being bought, sold, or bred.

Breathing and Vision Problems – The Persian cat has several breathing and vision problems, because of its flat head syndrome. The nose is too small and stout, to allow clear passage of air for breathing freely, while the eyes keep tearing and have corneal damage.

Feline Cryptorchidism – This breed of cat is the only one, which is predisposed with this condition. Male cats maybe born with only one or no testicles. Chances of infertility, and unwanted behavior such as urine spraying are likely in this breed. Such cats must be neutered or castrated, to prevent infection and tumor.

Teeth and Jaw Problems – This problem arose because of breeders wishing to give the cat a stout nose and a broader jaw, which caused massive clustering of the teeth. The cat’s lower jaw protrudes outwards, and causes twisting of the lower jaw and results in crooked teeth.

Hairballs – These cats are hairy and need grooming, in order to prevent them from swallowing their own hairballs. Hairballs tend to get stuck in the cat’s intestine and can obstruct the animals’ digestive process. Laxatives must be given to cats, which suffer from this health problem.

Feline Mucopolysaccharidosis – A genetic condition that occurs in some ragdoll cats. A arylsulfatase B deficiency results in vision impairment and can affect the animal’s joints, thereby causing immobility or paralysis, in severe cases.

General Well-being – Ragdoll cats like all other cats need to be immunized and vaccinated against viral infections, and cat flu. This breed also needs regular dental checkups for gingivitis. These cats also suffer from digestive problems, such as diarrhea, because they tend to eat too quickly.

Eyelid Agenesis – This condition results in the lack of development of the cat’s upper eyelid. This eye problem is fairly common among Siamese cats and does not have a cure, because of its genetic predisposition. The part of the eye which is not protected is constantly exposed to hair and leads to conditions such as, trichiasis, keratoconjunctivitis, and cornea ulcers.

Psychogenic Alopecia – Some of these cats are also prone to certain central nervous system diseases, and many forms of dermatological disorders, such as psychogenic alopecia, which may occur due to stress, and malnutrition. This condition is much like obsessive-compulsive disorder (OCD) in humans, wherein these cat keeps grooming itself out of stress, or hormonal imbalance.

Feline Hyperesthesia Syndrome – The rolling skin disease, is very similar to seizure disorder. The Siamese cat breed is comparatively more susceptible to this condition, which leads to self-mutilation, and irritation. The cat targets its tail in a vicious manner, seems disoriented, has dilated pupils, and acts territorial against its own body.

Mammary Carcinoma – Siamese female cats are comparatively, at a higher risk of suffering from this condition, wherein tumors tend to form near or on the nipples of the cat.

Respiratory Concerns – This breed is vulnerable to respiratory infections during the initial few weeks of birth, due to lack of bodily fur. The kittens tend to feel cold and need to be kept warm for twelve weeks, before being shifted to a new home.

Skin Cancer – These cats should be protected from over exposure to direct sunrays, because the lack of hair makes their skin vulnerable to sunburn and cancer. The ideal environment for this breed is where the temperatures are optimal through most of the year. However, adult sphynx cats do well in snowy terrains as well.

Diarrhea – Many Sphynx cat owners have complained about their cat suffering from diarrhea for weeks at a stretch. This condition may occur due to several reasons such as, IBS (irritable bowel syndrome), tritrichomonas foetus, giardia, or when the protein levels in the cat feed fall or rise from its 80% mark. A sudden change in home, will also trigger stress induced diarrhea.

Heart Ailments – This cat breed may suffer from heart ailments such as heart murmurs, and hypertrophic cardiomyopathy. The reasons for this condition, maybe related to the initial genetic crossing with cats breeds such as, Devon Rex, and the American Short-haired breeds.

Most health problems among cats are curable, and not a cause of serious concern. It would be prudent to get your pet checked for diseases, every few months or yearly. Appropriate immunization, aid in strengthening your cat’s health, and building stronger resistance against common viral infections.